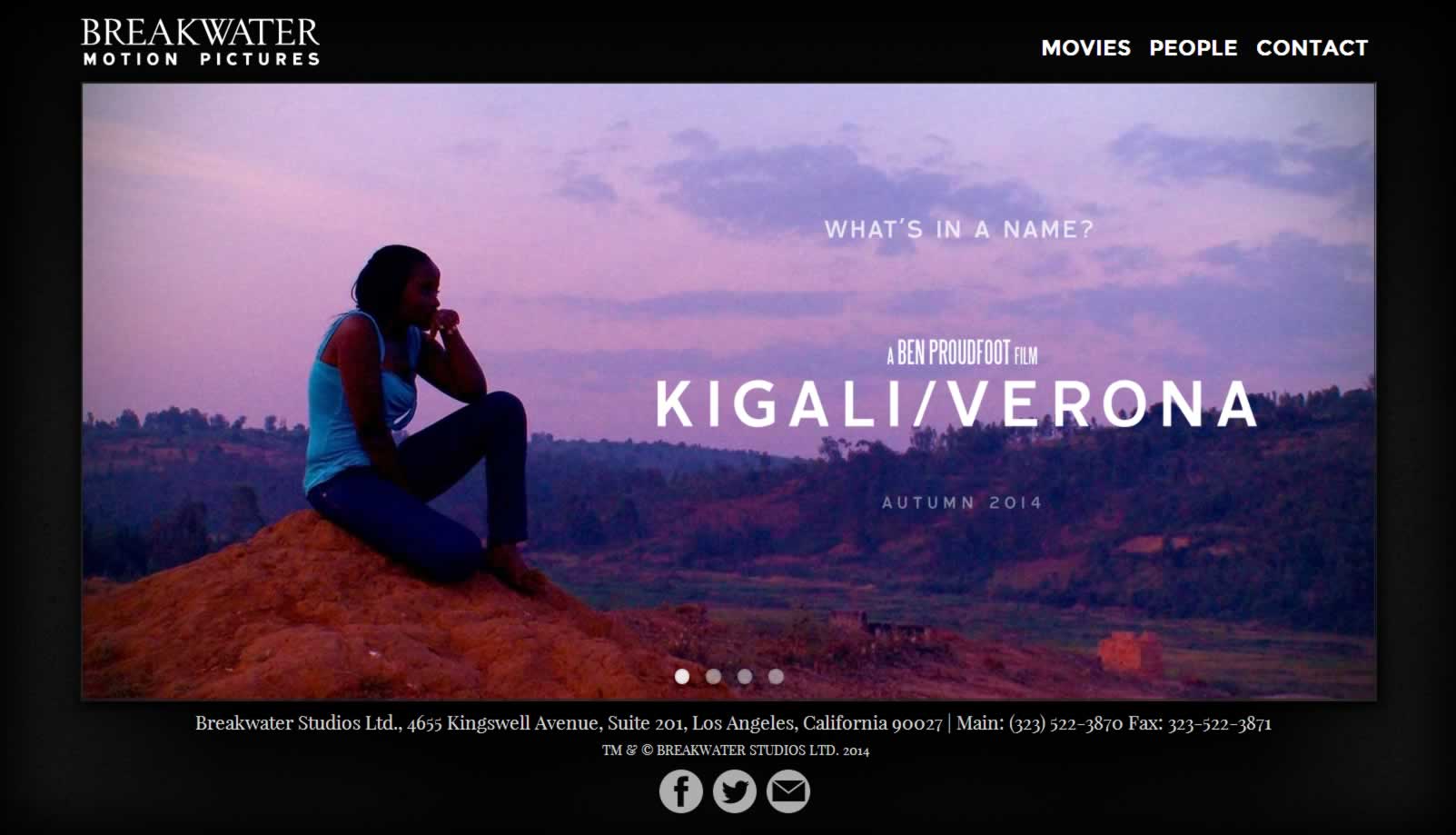 In June 2013, I took a quick and dirty prototype website that Breakwater Studios had built, and developed it into something fully functional, cross-compatible, and polished. Over the past year, I've worked closely with Ben Proudfoot, president of the studio, to continually develop their professional image, and add functionality like full retina compatibility and custom analytics.

At the beginning of 2014, Ben commissioned an infographic to showcase the studio's achievements. The final piece wasn't quite up to par, so we considered it a prototype, which I beautified and published as a completely scalable SVG-based webpage. This was intended for selective distribution, please contact me if you would like to view it.

I work for USC's School of Cinematic Arts' Creative Computing department, where I maintained classroom and lab computers. I proposed and received the go-ahead to build a web application for monitoring, managing, and analyzing trends in computer lab workstation issues.

This app provides a way for different departments to report, confirm, or close issues, print out spreadsheets, monitor usage and trends (including overhead lab views that show which stations are occupied) and more. This is an internal application that I cannot host online - if you would like a demo, please contact me. 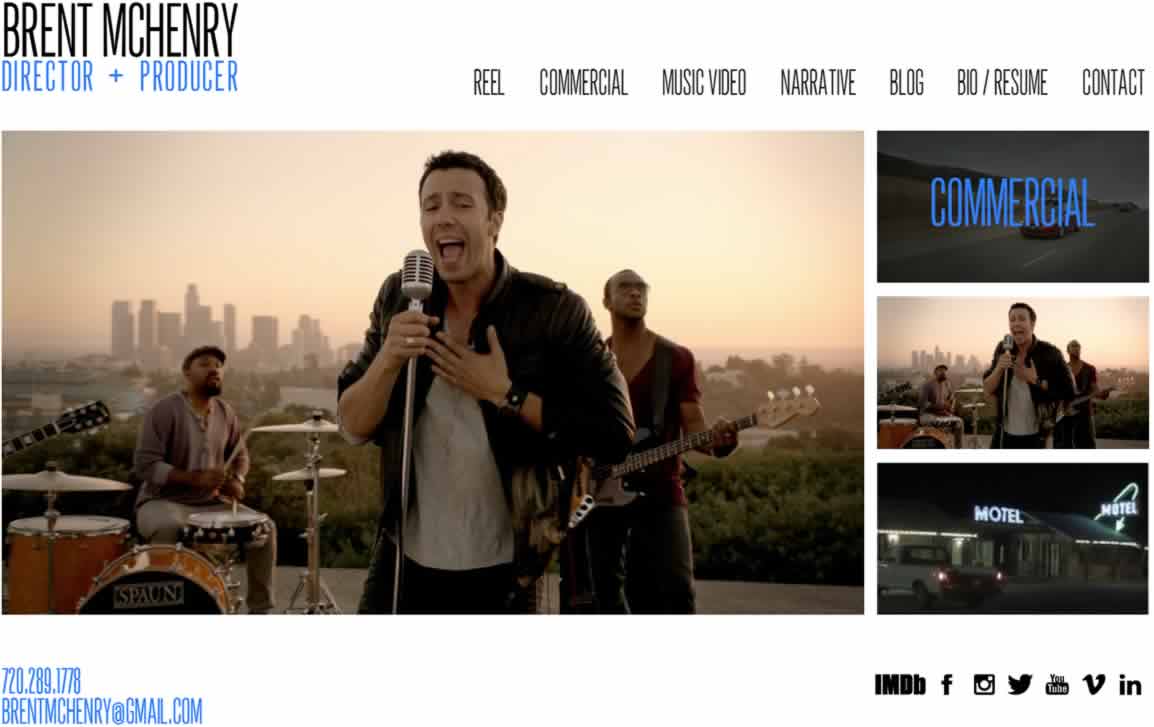 Brent, a director and producer in Los Angeles, wanted to showcase a rather large collection of work that was scattered across different collaborators' accounts on Vimeo and YouTube. He sent me a Photoshop mockup he had commissioned, and asked that I make something that would be easy for him to edit himself.

Given the specificity of customization he wanted, I knew that the Wordpress admin interface would be too rigid and tedious, and worked up a custom administration interface that let him edit the webpage like a Powerpoint document, using controls and text boxes that appear right on the page. 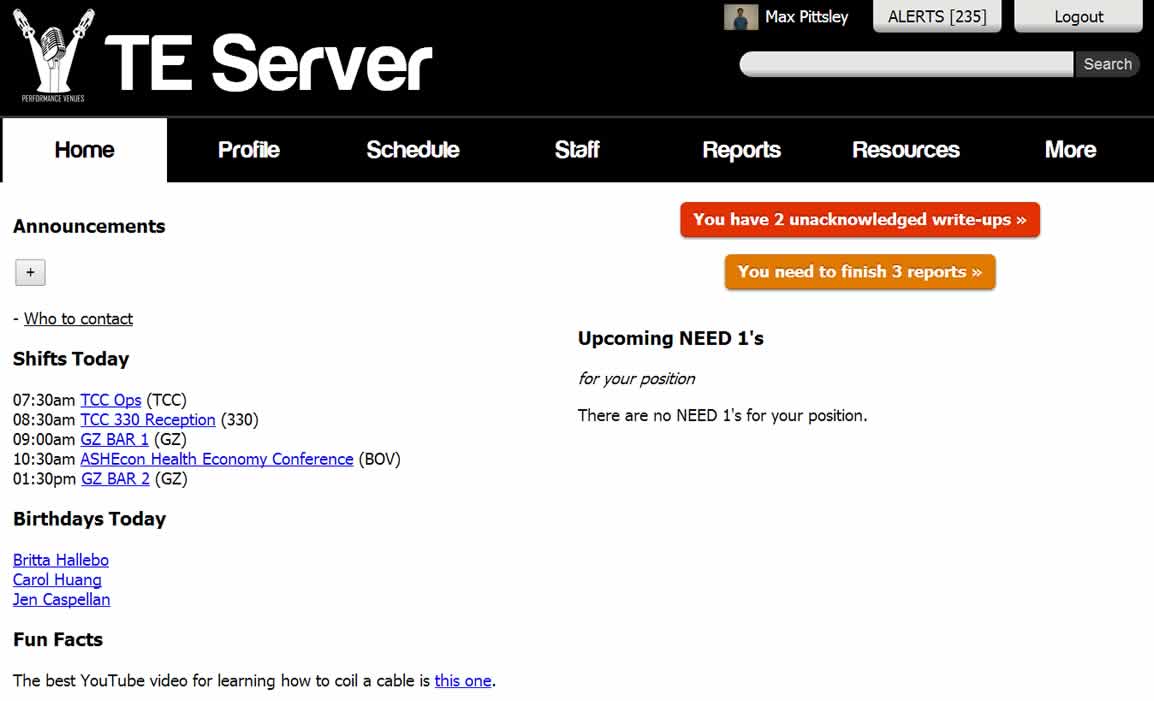 Short for "Trojan Events," TE Server is an employee, shift, and resource management portal for the organization that takes care of any event at USC that involves a stage and a microphone.

I was recruited after the application's original author graduated, and was in charge of a monstrous bug and feature request backlog. I performed a lot of optimization, too, condensing a few thousand lines of redundant procedural code into a few hundred of DRY OOP.

After being the web developer without a website of his own for too long, I put this together, including all of the graphic design, from scratch, in two days.